Happy Friday. Wow it is getting pretty chilly in these parts. I have really focused on breast cancer awareness this month but did not want the month to end without addressing domestic violence. Below is information to assist. Remember, to always live blessed.

Domestic violence is an epidemic affecting individuals in every community, regardless of age, economic status, sexual orientation, gender, race, religion, or nationality. It is often accompanied by emotionally abusive and controlling behavior that is only a fraction of a systematic pattern of dominance and control. Domestic violence can result in physical injury, psychological trauma, and in severe cases, even death. The devastating physical, emotional, and psychological consequences of domestic violence can cross generations and last a lifetime.

It is not always easy to determine in the early stages of a relationship if one person will become abusive. Domestic violence intensifies over time. Abusers may often seem wonderful and perfect initially, but gradually become more aggressive and controlling as the relationship continues. Abuse may begin with behaviors that may easily be dismissed or downplayed such as name-calling, threats, possessiveness, or distrust. Abusers may apologize profusely for their actions or try to convince the person they are abusing that they do these things out of love or care. However, violence and control always intensifies over time with an abuser, despite the apologies. What may start out as something that was first believed to be harmless (e.g., wanting the victim to spend all their time only with them because they love them so much) escalates into extreme control and abuse (e.g., threatening to kill or hurt the victim or others if they speak to family, friends, etc.). Some examples of abusive tendencies include but are not limited to:1

Additionally, domestic violence does not always end when the victim escapes the abuser, tries to terminate the relationship, and/or seeks help. Often, it intensifies because the abuser feels a loss of control over the victim. Abusers frequently continue to stalk, harass, threaten, and try to control the victim after the victim escapes. In fact, the victim is often in the most danger directly following the escape of the relationship or when they seek help: 1/5 of homicide victims with restraining orders are murdered within two days of obtaining the order; 1/3 are murdered within the first month.2

Unfair blame is frequently put upon the victim of abuse because of assumptions that victims choose to stay in abusive relationships (see common myths about victims of domestic violence here). The truth is, bringing an end to abuse is not a matter of the victim choosing to leave; it is a matter of the victim being able to safely escape their abuser, the abuser choosing to stop the abuse, or others (e.g., law enforcement, courts) holding the abuser accountable for the abuse they inflict.

Victims of domestic violence do not bring violence upon themselves, they do not always lack self-confidence, nor are they just as abusive as the abuser. Violence in relationships occurs when one person feels entitled to power and control over their partner and chooses to use abuse to gain and maintain that control. In relationships where domestic violence exists, violence is not equal, even if the victim fights back or instigates violence in effort diffuse a situation. There is always one person who is the primary, constant source of power, control, and abuse in the relationship.

Every relationship differs, but what is most common within all abusive relationships is the varying tactics used by abusers to gain and maintain power and control over the victim. Nearly 3 in 10 women and 1 in 10 men in the United States have experienced rape, physical violence, and/or stalking by an intimate partner [or former partner] and reported at least one impact related to experiencing these or other forms of violent behavior in the relationship (i.e., feeling fearful, concern for safety, post-traumatic stress disorder (PTSD), need for health care, injury, crisis support, need for housing services, need for victim advocacy services, need for legal services, missed work or school).3

Physical and sexual assaults, or threats to commit them, are the most apparent forms of domestic violence and are usually the actions that make others aware of the problem. However, regular use of other abusive behaviors by the abuser, when reinforced by one or more acts of physical violence, make up a larger scope of abuse. Although physical assaults may occur only occasionally, they instill fear of future violent attacks and allow the abuser to control the victim’s life and circumstances.

The illustrations found here (power and control wheel) and here(post-separation power and control wheel) are particularly helpful tools in understanding the overall pattern of abusive and violent behaviors used by abusers to establish and maintain control over their partners both within and following a relationship. Very often, one or more violent incidents are accompanied by an array of these other types of abuse. They are less easily identified, yet firmly establish a pattern of intimidation and control in the relationship.

As the wheels illustrate, abuse is cyclical. There are periods of time where things may be calmer, but those times are followed by a buildup of tension and abuse, which usually results in the abuser peaking with intensified abuse. The cycle then often starts to repeat, commonly becoming more and more intense as time goes on. Each relationship is different and not every relationship follows the exact pattern. Some abusers may cycle rapidly, others over longer stretches of time. Regardless, abusers purposefully use numerous tactics of abuse to instill fear in the victim and maintain control over them.

Domestic violence affects all aspects of a victim’s life. When abuse victims are able to safely escape and remain free from their abuser, they often survive with long-lasting and sometimes permanent effects to their mental and physical health; relationships with friends, family, and children; their career; and their economic well-being.

These are among the many reasons victims of domestic violence either choose to stay in abusive relationship or feel they are unable to leave. For more examples, see “Understanding Why Victims Stay ” below.

CHARACTERISTICS OF AN ABUSER

Anyone can be an abuser. They come from all groups, all cultures, all religions, all economic levels, and all backgrounds. They can be your neighbor, your pastor, your friend, your child’s teacher, a relative, a coworker—anyone. It is important to note that the majority of abusers are only violent with their current or past intimate partners. One study found that 90% of abusers do not have criminal records and that abusers are generally law-abiding outside the home.4

There is no one, typical, detectable personality of an abuser. However, they do often display common characteristics.

Red flags and warning signs of an abuser include but are not limited to:

When it is a viable option, it is best for victims to do what they can to escape their abusers. However, this is not the case in all situations. Abusers repeatedly go to extremes to prevent the victim from leaving. In fact, leaving an abuser is the most dangerous time for a victim of domestic violence. One study found in interviews with men who have killed their wives that either threats of separation by their partner or actual separations were most often the precipitating events that lead to the murder.5

A victim’s reasons for staying with their abusers are extremely complex and, in most cases, are based on the reality that their abuser will follow through with the threats they have used to keep them trapped: the abuser will hurt or kill them, they will hurt or kill the kids, they will win custody of the children, they will harm or kill pets or others, they will ruin their victim financially—the list goes on. The victim in violent relationships knows their abuser best and fully knows the extent to which they will go to make sure they have and can maintain control over the victim. The victim literally may not be able to safely escape or protect those they love. A recent study of intimate partner homicides found that 20% of homicide victims were not the domestic violence victims themselves, but family members, friends, neighbors, persons who intervened, law enforcement responders, or bystanders.6

Additional barriers to escaping a violent relationship include but are not limited to:

In addition to individual obstacles victims face when escaping violent relationships, society in general presents barriers. These include:

SIGNS OF AN ABUSIVE PARTNER

The following signs often occur before manifestation of full abuse and may serve as clues to one person in a relationship becoming abusive of the other. Think about the following questions and apply them to your partner. If you can identify with one or more of these scenarios or answer “yes” to any of the questions below, you may be with an abusive partner.

Threats and physical abuse are prevalent in relationship violence, often occurring in an escalating cycle.

DO YOU THINK YOU ARE BEING ABUSED ?

Look over the following questions. Think about how you are being treated and how you treat your partner. Remember, when one person scares, hurts, or continually puts down the other person, it is abuse.

If any of these situations are happening in your relationship, talk to someone you trust or call the National Domestic Violence Hotline (available 24/7/365): 1-800-799-7233 (SAFE).

Without help, the abuse will continu

IF YOU ARE IN DANGER PLEASE CALL 911

Good day friend, Grace and peace be unto you! What are you manifesting on this marvelous Monday? With the new day comes new strength and th... 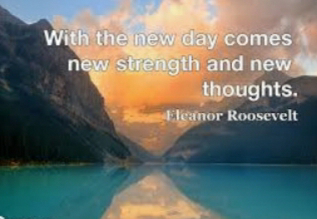